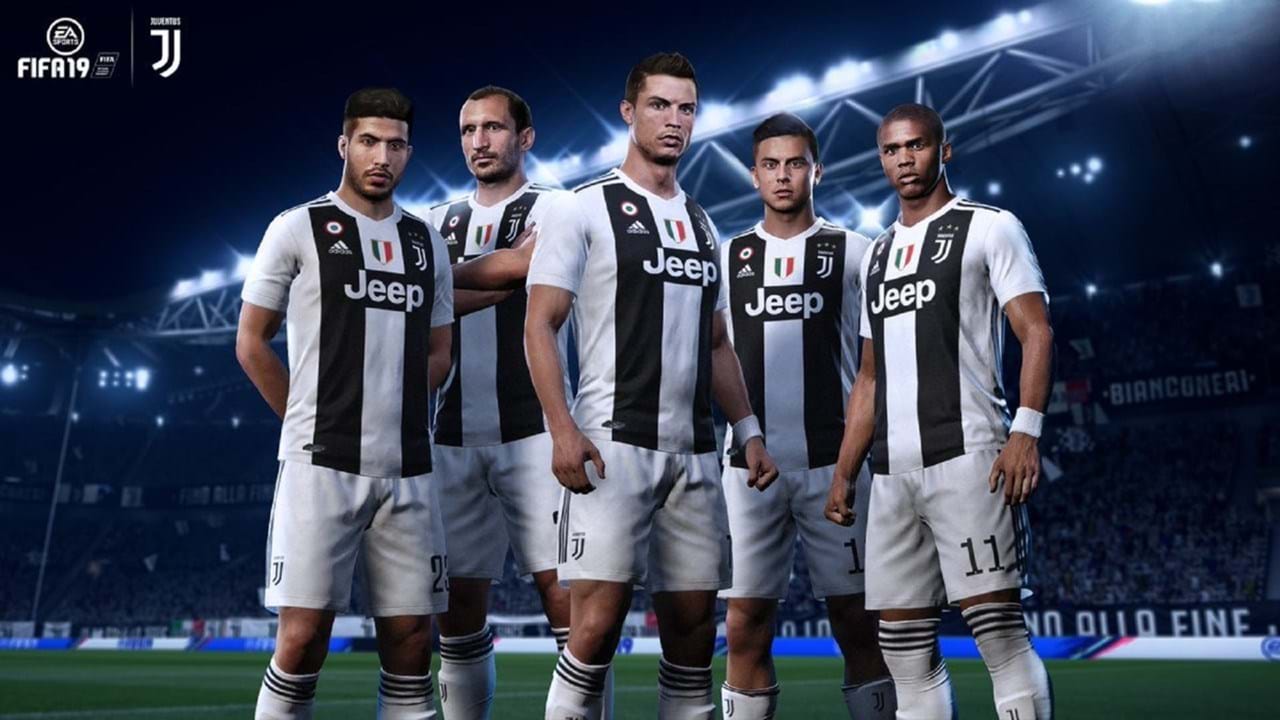 The power bar for Set Piece Kicks in an Online Match was sometimes incorrectly going to 100% when the player had requested less power.

Sometimes, when the player requests a regular (laces) shot, they will get an inside of the foot shot animation instead.

This inside of the foot shot animation would usually result in the shot having less power.

We have published a pitch notes article that covers Traits in FIFA 19, check it out here.

Some Traits that no longer had any functionality in gameplay were still displaying in the Front End.

Some Traits that did have functionality in gameplay were not displaying in the Front End.

Added (CPU AI Only) to the names of Traits that only have an effect on players when they are controlled by the CPU AI.

A refresher on what we mean by "CPU AI".

The CPU plays the game as you would, limited by the same input restrictions that a human player has.

This means that the CPU team has an active player, just like you do, which we call the CPU AI-controlled player.

A CPU AI-controlled player exists in the following circumstances:

On a team with no human players.

For example, the CPU-controlled team in Squad Battles.

On a team with human players who are all locked to specific players, that also has CPU teammates.

For example, a Pro Clubs team, with less than 11 human players, with no "ANY" player.

A CPU AI-controlled player does not exist in the following circumstances:

On a team with human players who are not locked to specific players.

For example, a team in FUT Champions.

In Rivals, some reward options contain four rewards but only three were displaying in the front end.

This was a visual issue only, players selecting these rewards received all of the appropriate rewards.

Trying to swap duplicate items from the New Items screen would sometimes cause an error message to appear and/or display an undefined Item image.

FUT Coin balances were sometimes not visually updating properly when a player was outbid on an Item on the FUT Transfer Market.

This was a visual issue only and had no impact on a player’s FUT Coin balance.

Stability issue that would sometimes occur in FUT Single Player Seasons if the player had forfeited the previous match.

Squad Building Challenge rewards that provided a FUT Item required logging in and out of FUT before you could claim them.

Visual issue where a player would sometimes disappear during a pack opening walkout animation.

Some walkout animations were causing the player to warp into place.

The country graphic displayed in Squad Battles for a Squad from India were incorrect.

The Rivals post-match Weekly Score summary was displaying oddly if the player’s Rank had changed while they were playing the previous match.

Customization of Alex Hunter, was incorrectly displaying for some users.

The Mentor Rating was not present in the training flow.

‘Play The Game’ was incorrectly triggered during the opening of The Journey.

The ball went missing from Jim Hunter’s hands if he scored a hattrick during the opening of The Journey.

Stability issue during the post-match highlights following a match with Kim Hunter in Chapter 2.

Stability issue when switching to Kim Hunter at the start of Chapter 4.

Stability issue after completing a training drill with Kim Hunter.

Getting a red card in Danny Williams’ first match was still allowing him to be a sub in the second.

If Danny Williams got two yellow cards in his first match he was banned for more than 1 game.

One of Danny Williams’ teammates was missing his body during cutscene.

The Matches Played stat for Alex Hunter and Danny Williams was sometimes inaccurate.

Sometimes Danny would be put into the starting lineup even when he had a Late Sub rating.

The rival icon is missing in a match where Alex Hunter is playing Danny Williams.

Attempting to play a Pro Clubs Friendly match after playing a Co-Op Seasons match would result in one player from your team being unable to proceed into the Pro Clubs match.

Attempting to play an Online Seasons or Online Friendlies match, after playing a Pro Clubs Friendly match, would result in a Squad Mismatch error.

This was a purely visual issue.

Brief image of a stadium was displaying when exiting a Pro Clubs Drop In match.

When playing as a team that qualifies for either UEFA Champions League or UEFA Europa League through the playoffs, the championship match was scheduled on the same day as the final league match.

This fix will not affect existing save files.

Removed the following traits from the list of Player Career traits as they no longer had an in-game function:

GK Up For Corners

In Player Career, some incorrect Accomplishments were displaying after playing the first match of your career.

Certain player swap transfers were being rejected due to incorrect budget calculations.

The Block Offers option was not appearing in some situations.

News was not properly displaying when a player is acquired in a transfer that included a player swap.

News articles for Player Of The Month Awards were displaying the incorrect month.

Visual customizations to Alex Hunter and Danny Williams were not being properly displayed during negotiation scenes in Career Mode.

Petr Cech was wearing his helmet during negotiation scenes, we have now found him a tie instead.

Stability issue in the Team Management screens when playing in Arabic.

Sometimes, when making a complicated series of squad changes in the Team Management screens, the wrong players were get substituted off.

Sometimes, when making a complicated series of squad changes in the Team Management screens, you are unable to back out of the screens.

Reduced the number of tutorial screens present in the Kick Off tutorial.

A player’s individual Attributes were not properly loading into the first attempt at a Skill Game.

This only impacted Skill Games, and could be resolved by restarting or retrying the Skill Game.

Made the following changes:

Added audio banter for a number of teams.

Added audio banter for a number of stadiums.

Added audio banter for a number of team matchups.

Adjusted the sound effects that play during negotiation scenes in Career Mode.

Tuned the audio that plays after a goal to provide more unique audio.

Tuned the audio that plays during FUT Pack opening animations.

Missing audio for UEFA Champions League matches in some stadiums.

Wrong audio playing during the warm up scenes of a UEFA Champions League match.

Incorrect audio playing at the end of a UEFA Champions League Group Stage match if you win the second match after losing the first.

Wrong audio sometimes playing when scoring a volley goal off of a cross.

Audio saying that a shot was well off target when it didn’t miss by much.

An issue with the audio that played before a Manchester Derby match.

Chinese Super League team names were not being mentioned in intro audio.

Missing audio in The Journey for Kim Hunter.

Missing audio in The Journey for Alex Hunter.

Wrong audio in The Journey for Danny Williams during the pre-season tournament.

Player To Watch audio sometimes not playing despite the overlay showing.

Audio incorrectly playing in an 11 v 11 training match and a penalty is given.

Made the following changes:

To do the celebration, play as Jesse Lingard, and after scoring a goal, run to the cameras.

Updates to some of the ad boards displayed in stadium.

Neymar’s name was incorrectly displaying as "Jr" on some screens.

Corrected some instances of kit clashing involving the referee.

Post goal replays were not showing the full scoring sequence.

An issue where the ball was rarely warping around the pitch after kickoff.

Free agents were not wearing the proper Free Agent kit when viewed in Edit Teams.

Incorrect team crests were displaying on the player benches in RCDE Stadium.

Updates to the kits worn by players in some of the TIFO displays in stadium.

Graphical corruption of the English Football League Championship badge when displayed on a kit in game.

Graphical corruption of the English Football League Championship trophy when displayed in game.

TIFOs were appearing on the wrong side of the stadium for some teams.

Updates were also made to the team crest and to the banners and flags that display in stadium.

Buenos Aires was defaulting to the incorrect stadium.

Long player names were missing or cutoff in the match details overlay of an FA Cup match.

Sometimes the match details overlay was displaying too briefly at half-time and at the end of the match.

Aggregate score was missing from the score clocks for the LaLiga, English Premier League and Bundesliga overlay packages.

The penalties results were missing from the match details overlay when playing a match in MLS.

The league table dropdown was only showing the top team’s point totals in a LaLiga match.

The default Skill Games camera was sometimes clipping through the fence.

The camera angles used for a woman’s match were incorrect during the player line up shots.

The camera was sometimes being obstructed in a number of stadiums.

Resolved clipping issues in a number of stadiums.

Placeholder text was present on some ad boards.

The Bundesliga 2 logo was appearing during a substitution in a Bundesliga match. 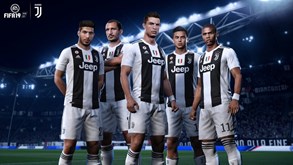